It will be a pleasure to sacrifice you and your little friend when the time comes. Bringing me here, with that little trick with the medallion? You knew I would come in his place. The sorceress shrugged, her eight segmented legs moving in perfect synchrony with her slim human shoulders. Sabira had often thought the experience should have made Tilde more sympathetic to her when Ned had died, since she, too, had been helpless to save a man she loved from a horrible death. You like to boast that you would have given your life for him.

They echoed her thoughts so closely, it was almost as if… of course. The medallion. Tilde was no telepath, but she could enchant items in her sleep. It would have been a small matter for her to place a spell on the medallion so that it would transmit the thoughts of whoever held it, and maybe even influence them. Crafting them was so much fun.

Almost as much fun as seeing you writhing helpless in their grasp. It skittered across the stone floor and came to rest against the base of the dais, where it lay there in the red firelight, twinkling at her accusingly. They both turned to look at Greddark, who still had his crossbow trained on Tilde, waiting for Sabira to tell him when, or if, to pull the trigger. And even if She could, what would they be? Is that what you want, a lover who is less even than a zombie and a brother who is nothing more than a wraith?

Then she turned back to Sabira. The sorceress had no legs. 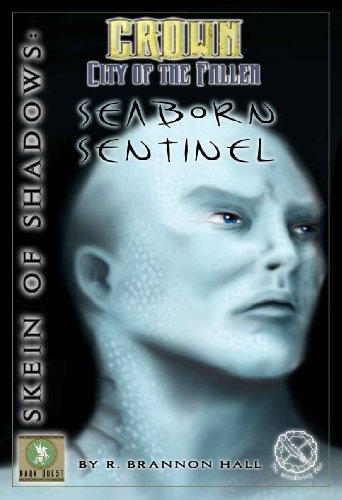 Come forth and receive your reward. It's a subtle effect to push rangers to a little heavier armor than Thieves and to exploit their armor secondary nature a bit more. Also, let me know if the messaging makes sense - what little there is for a spell like this. I'll admit I didn't have a strong concept for how the spell just a name I ended up liking and rolled with it.

Thieves generally have enough oomph to overcome a lot of the issues, with khri and bonus and ambush sight. A barbarian, however, is screwed if he's trying to stealth much and doesn't have 40x the ranks of the opponent. Though my barb has never had an issue training stealth at level in the right armor.

I likely never will again. But your right, the pole-melee stealth thing does absolutely help everyone when it comes to PVE training. Well, the change in Test that affects stealth contests at various ranges only applies to PvP. The PvE modifiers remain the same. Oh, well then.

So it primarily is for thieves in PVP. Does the thief version increase armor as well? Ive considered dampen relatively worthless to thief because a stealth hindrance decrease alone puts it at the bottom of the useful khri list. Perhaps that consideration to add more and make it higher tier should be made. The existence of khri that provide no valid benefit to put it on level with other khri is kind of pointless.


Its like choosing to put a toaster in your car rather than a stereo, who in gods name would do it. If you would like to test it out using the various armor types it benefits, and then post your results in the Thief 3.

That is the problem, there are no various armor types for thief. Thieves who know anything about their class wear cloth with the smallest shield possible, it is the best and only good option. The evasion hindrance butchers us for wearing anything other than cloth. With that said, using dampen while in cloth is a waste of resources. The current dampen may be well intended, but it does not mesh with the other systems thief is forced to interact with.

As a fellow armor tert, I've seen some awesome LC set ups. I'm surprised you're so "cloth or die," Raikage.